Through cooperation and a shared set of values, a stronger, united community organisation dedicated to addressing housing and homelessness issues in our communities has been formed.

Youthcare Hervey Bay was formed in 1990 and operates an eight bed youth homeless shelter in Hervey Bay in addition to a number of residential tenancies. Over the years, the organisation has grown and developed to meet the changing needs; it has now taken the next step of merging with Regional Housing Limited (RHL) to build a strong and professional organisation to address youth homelessness on the Fraser Coast and beyond.

Youthcare Hervey Bay president, Brian Hoole, said that this was an extremely exciting and positive development. “This stronger organisation with more properties, resources and professional staff will be able to continue the work we have done with vulnerable young people, and improve upon it” he said.

“Youth homelessness is a significant issue across the Fraser Coast. It is a complex problem and there are many factors that can lead to a young person being homeless” he said. “As a community we will now be in a better position to address these issues and help disadvantaged young people to turn their lives around.”

RHL chairperson Lucinda Doughty said that the merger of the two organisations made a lot of sense and would improve access to housing and homelessness services in the region. “This combined effort has occurred because we want to build on the work that has been done. It is a reflection of the community’s commitment to addressing homelessness and housing disadvantage.”

RHL is a not-for-profit (PBI) company managing emergency, transitional, and long term social housing as well as a range of complimentary support programs throughout the Central Queensland Region. RHL operates from a head office in Bundaberg, a regional office in Hervey Bay to service the Fraser Coast Region, and a satellite service delivered in Kingaroy to service the South Burnett Region.

“These days many residents of public or community housing have quite complex needs and require specialised support to sustain their tenancies,” he said.

“Organisations like Youthcare and RHL are experts at that sort of service delivery so to have them joining forces is great news.”

For more information about our youth homelessness service please call (07) 4125 5798 any time, day or night. (This service is available 24 hours a day, 7 days a week) 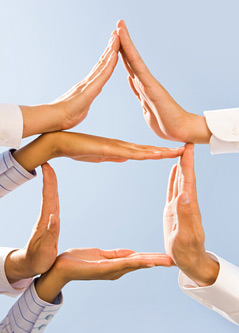